The place to experience the best of musical theater. 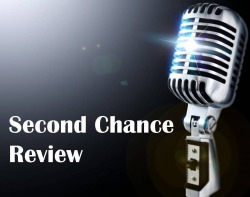 Second Chance Review is a unique cabaret for those that love musicals.

Featuring some of the best local actors/actresses, Second Chance Review gives you that "second chance" to see your favorite Broadway/West End songs performed on stage.

Second Chance Review: Romantic Hearts
will be on stage
February 26 - 27 @ 8pm.
Tickets are $10 for general admission.
Both shows are now Sold Out