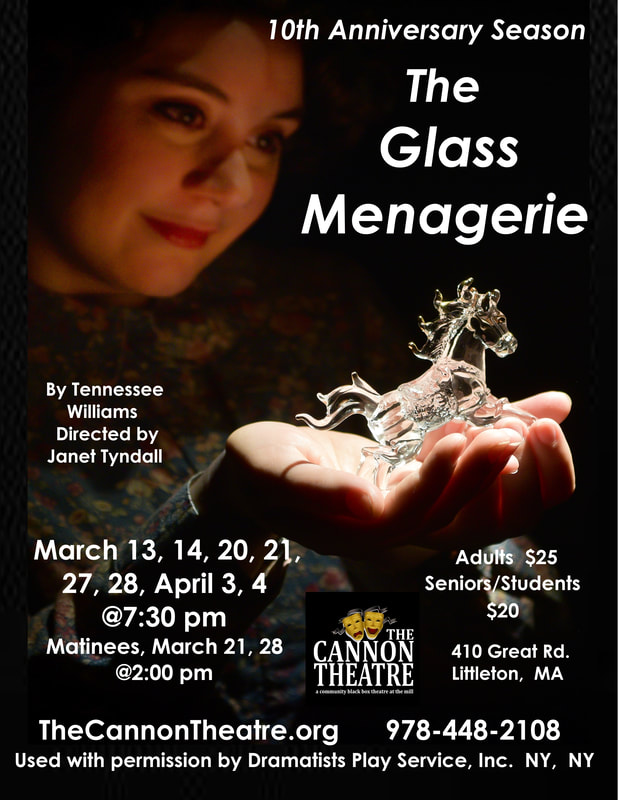 THIS CLASSIC PLAY BY TENNESEE WILLIAMS,
DIRECTED BY JANET TYNDALL

HAS BEEN POSTPONED
​
Called 'a memory play' because the story is told through the reflections and memories of its main character, Tom. Tom's reflections on his past about his dominating mother and his weak, sickly sister, seem to haunt him, and as he recounts his memories they come to life on stage. Having Tom narrate the play as well as be in it, creates a kind of tension in the play because what we are seeing is not exactly what happened, but how Tom remembers it. We, therefore, are only invited to see his view of this world, which comes
across with little hope.
Join us for this brilliant classic play!