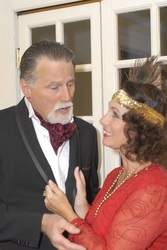 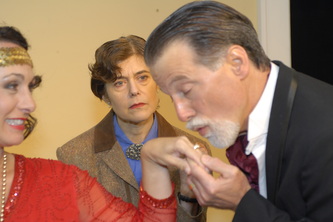 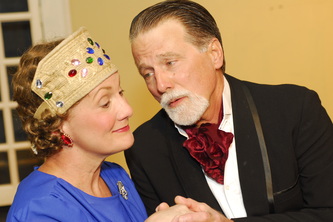 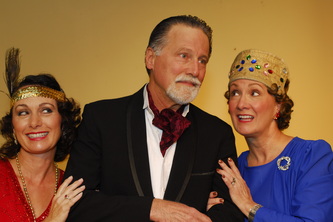 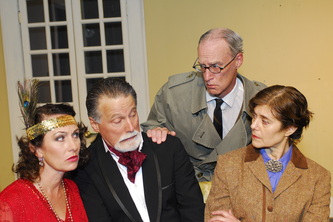 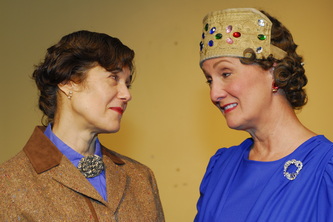 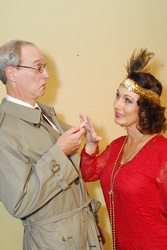 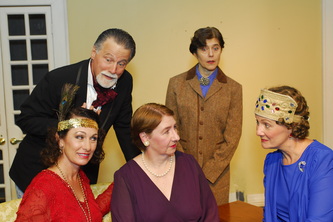 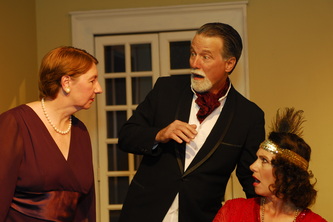 This fun Agatha Christie spoof sold out 5 out of its ten shows, with wonderful reviews!   A great cast and fantastic directing, with an amazing set, and costumes made this one of our most popular shows!

This murder mystery revolves around the bumbling sleuth, aptly named Inspector Pratt. Set in the late 1920's, this hilarious spoof is based on the typical Agatha Christie plot ~ murder in a country mansion with an assembled group of eccentric house guests/suspects. The household consists of the hostess Mildred and her downtrodden niece Dorothy and their unconventional butler Bunting. The initial guests are Colonel Craddock, who was an old flame of Mildred's and she is keen to re-ignite their earlier passion, and his wife Margaret. Followed shortly by the dapper but shady French art dealer Pierre Marceau and his accomplice Elizabeth Hartley-Trumpington. Last to arrive, is an inquisitive neighbour Joan Maple who cajoles an invitation to join the party for lunch, and she has a penchant for murder scenes! Following a sudden death at the house, the incompetent Inspector is called, along with his young Constable Thompkins, and the ensuing hours see him interrogate and try to piece the evidence together.