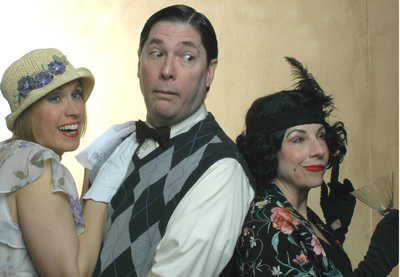 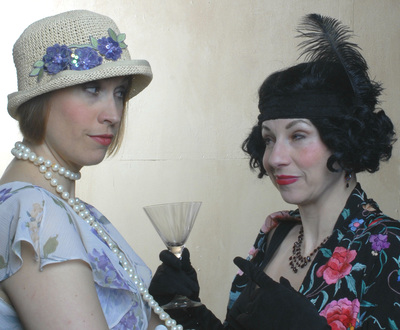 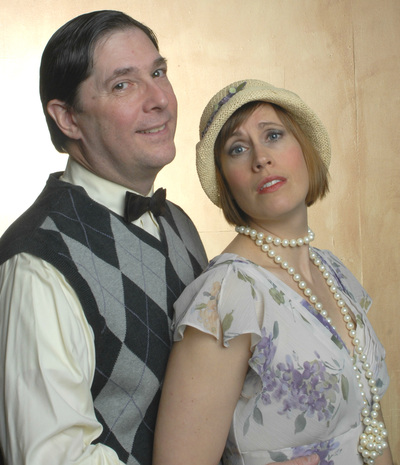 This was a terrific musical, with 8 sold out shows, out of 10.
Thanks to all the patrons for their support and the actors and crew for their time and hard work!
Book by Bob Martin and Don McKellar and music and
lyrics by Lisa Lambert and Greg Morrison.   Directed by Shawn Cannon
Music Direction by Nick D'Amico


The Man in the Chair, a Broadway fanatic, seeking to cure his blues, listens to a recording of a fictional 1928 musical comedy, The Drowsy Chaperone. As he listens to this rare recording, he is transported into the musical, as the characters appear in his dingy apartment, and it is transformed into a full stage show!     Watching from his armchair, The Man in the Chair tends to share his extensive-but-trivial knowledge of musical performances and actors, as he frequently brings the audience in and out of the fantasy.   As the show ends, he is left again alone in his apartment — but still with his record of the long-beloved show, one that he can return to----time after time.

Its a perfect musical for all ages, one that brings back memories of that jazz age of long ago, and touches the hearts of every musical lover!